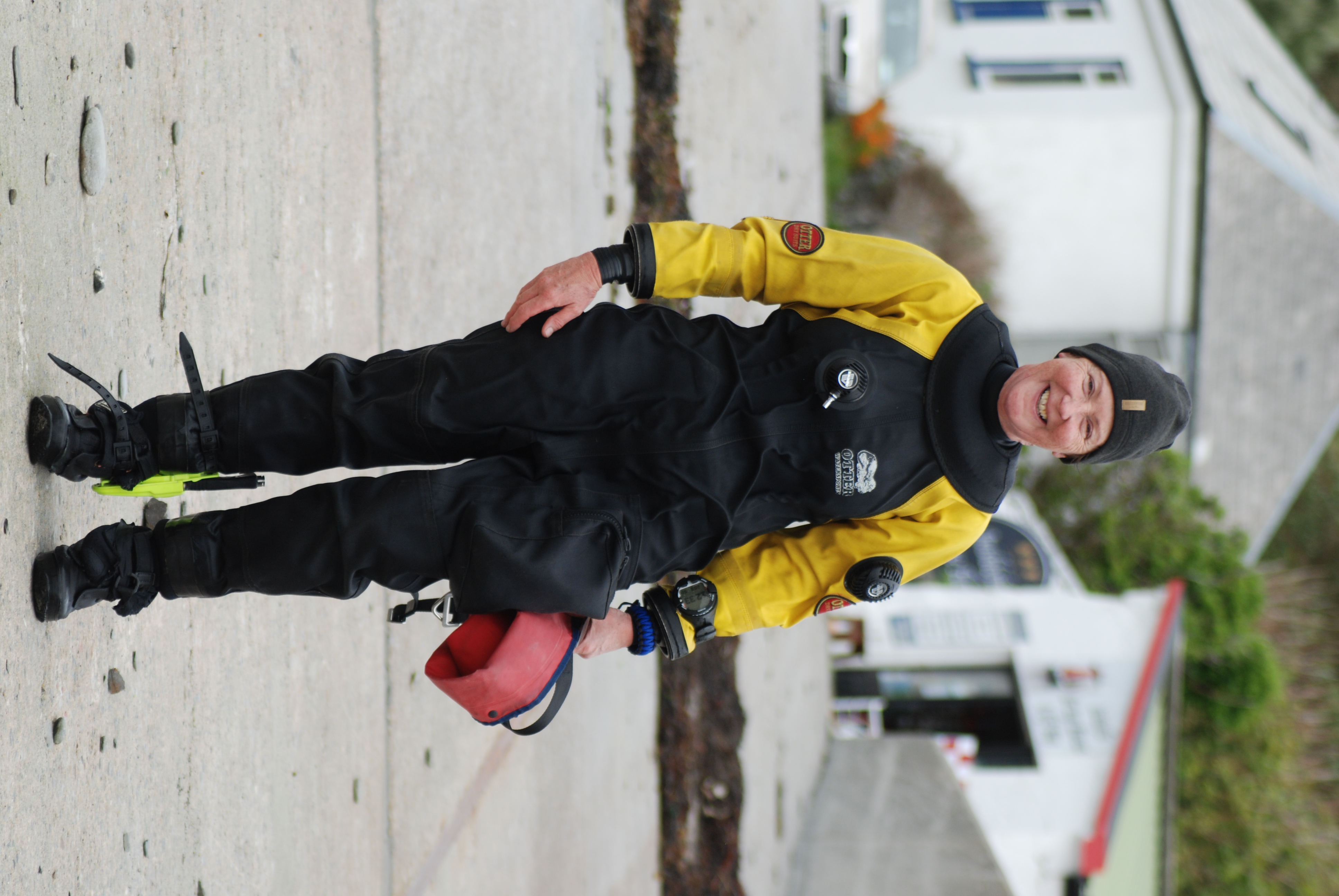 Our Chairperson, Bernie McCarrick, is a proud holder of the highest grade available in scuba diving. Bernie holds a Moniteur 3* * * (Mon 3) qualification which is only achieved by the most experienced and dedicated divers in the country.

In order to take part in the exam, Bernie had to be nominated by Comhairle Fo-Thuinn (CFT, The Irish Underwater Council) before travelling to Kerry for a week long assessment.

At the time of writing, she is the sole Mon 3 diver in the midlands region having undergone theory exams, fitness tests and a series of dive exams showcasing her skill at organising and planning dives at depths of 45 metres. She is now qualified to act as jury president for various dive exams across the country.

Bernie’s qualification is also the highest award of La Confédération Mondiale des Activités Subaquatiques (CMAS). CMAS is an international federation that represents underwater activities in sport and science. It oversees an international system of recreational snorkel and scuba diver training and recognition. A founding member was none other than the French underwater explorer and world famous diving pioneer, Jacques Cousteau.

Well done Bernie. We are so proud of you! 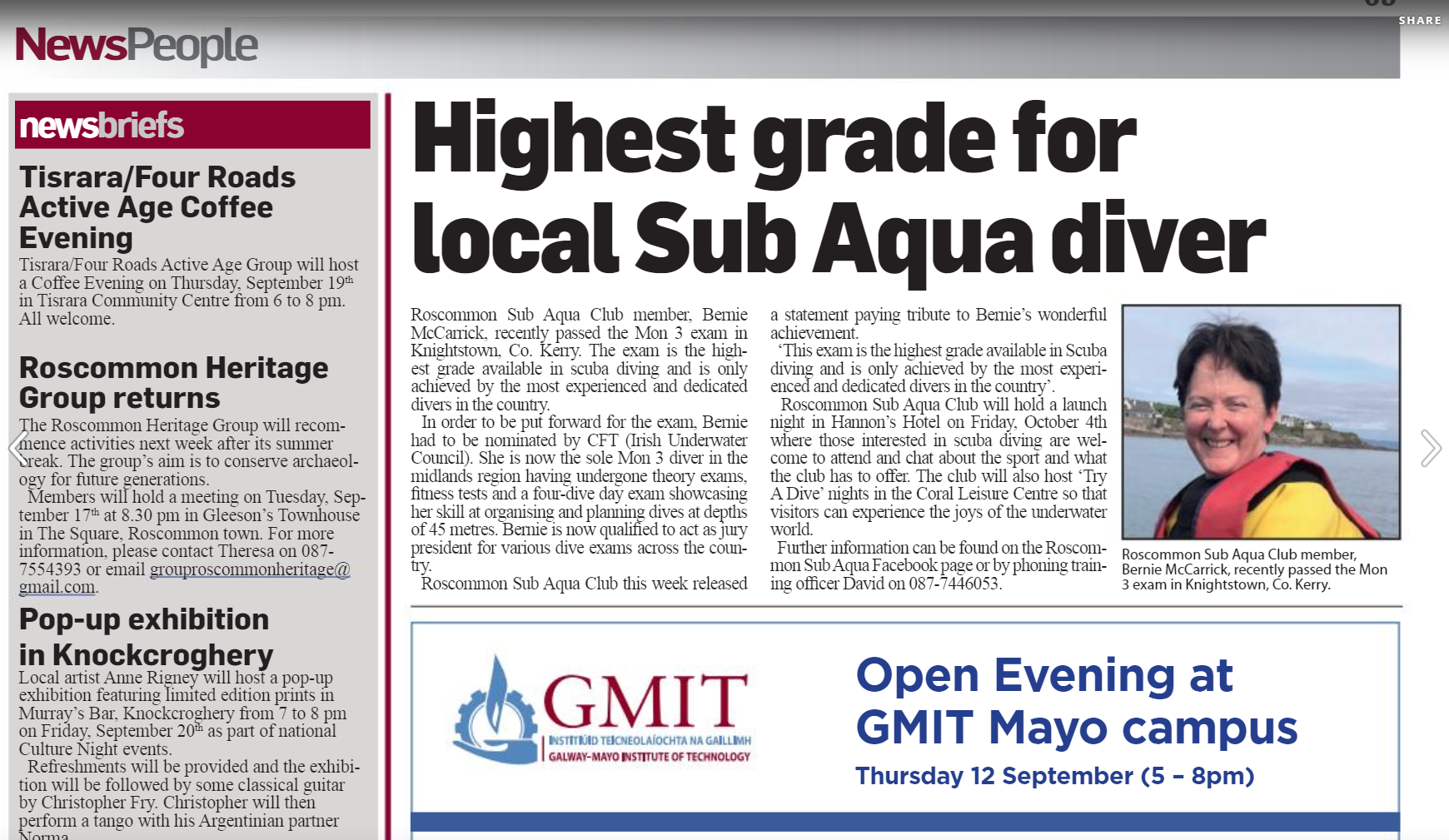